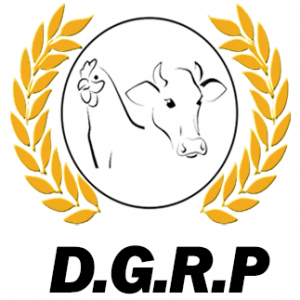 Distiller’s dried grains with solubles(DDGS)is the side product of factories in which Ethanol is produced. Ethanol and carbon dioxide are gained by the fermentation of corn starch. Each corn bushel (25.4 kg)which is fermented in a dried-ethanol factory,will produce about 10.2 litres of ethanol,8.2 litres of Co2 and 8.2 kg of DDGS Yellow pastry corn is a great source of fermentable starch for producing Ethanol and DDGS. Corn contains 62% of starch, 3.8% of oil,8% of protein,11.2% of fiber and 15% of moisture. The most part of starch which exists in corn,changes to ethanol during the fermentation so, some nutritions (such as protein,fat and fiber)are twice or three times more in DDGS in compare with corn. Some ethanol supplier factories use sorghum,barley and wheat to produce ethanol. Therefore, nutritious compounds of DDGS which are gained from grains or corn, are different.

In alcoholic drinks industries, DDGS is also produced (less than 1% of whole DDGS production)but this product is mainly dark in color and noticing the type and source of grains, its nutrient are less than the DDGS which is produced in Ethanol supplier factories(new method).

Dried barley which is the by product of beer industry,that uses dried remains of malting grains ,which are used in MaHo2 and Dextrin production. Because of high amount of dried grains in beer (18 _ 19%), it is limit to use it in the ration of monogastric animals.

The results show that digestibility of energy and aminoacids produced with DDGS in university of Minesota and ethanol supplier factory in south Dakota in compare with reported amounts in NRC(1988) is more. Apparent digestibility of amino acid and accessible phosphorus must be considered in all the levels of production in ration formulation and for achieving the best operation, nutritions of DDGS must be determining.
Is DDGS one of the advantageous elements in animal ration?
It depends on the price of feed ingredient like corn,soya meal,di-calcium phosphate , but normally, the cost of meal will decrease by using this product. 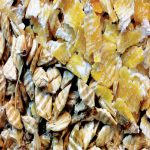